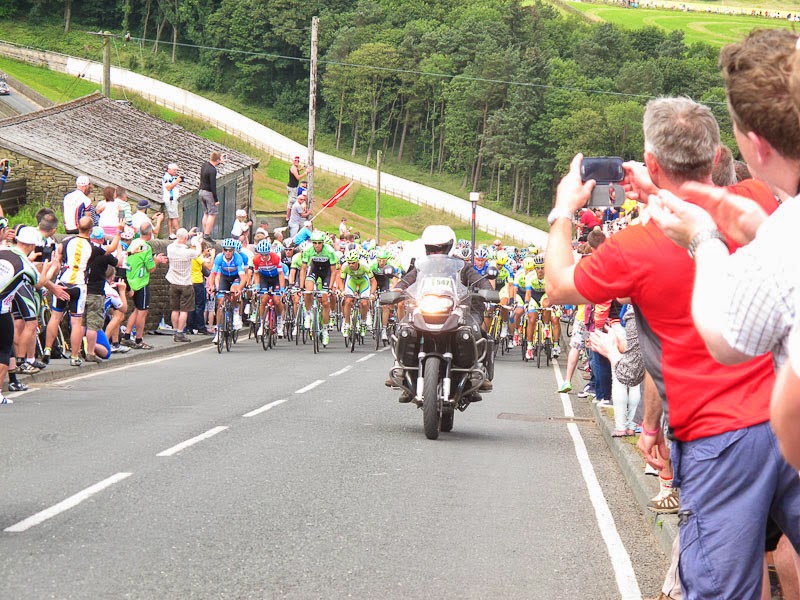 So was it worth it? Too right! To have one of the biggest sporting event pass within a couple of miles of your house doesn't happen every day. The Tour is an event as much as a bike race and even as a Lancastrian I have to say that Yorkshire got it right. I wouldn't have missed it for the world.
Posted by Bob Wightman at 21:25 No comments: